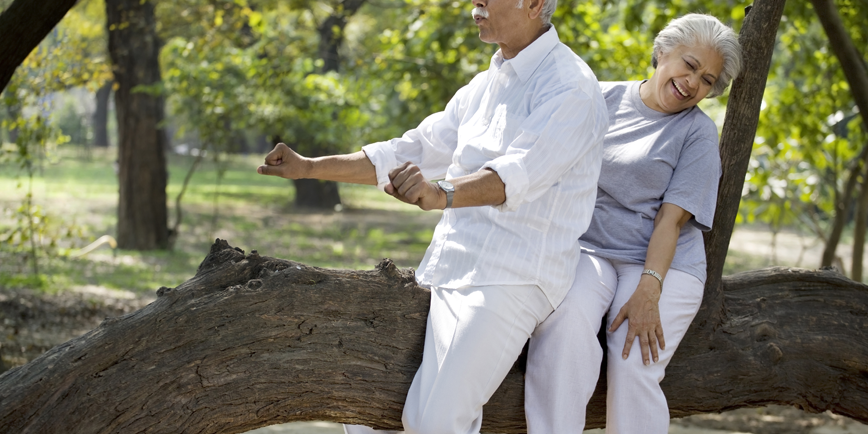 The conventional way to plan for retirement is to create a corpus by regularly investing till the envisioned age of retirement, after which the corpus thus accumulated would be self-sufficient to generate a regular flow of income to sustain the same standard of living during the post retrial phase of life for self and financial dependent/s(mostly spouse) till the expected life span(i.e., AGE-80 mostly).

So, if the age of retirement or vesting is usually at the conventional age of 58-60, you may have considerable time to accumulate the desired retirement corpus but having said that, considering the modern age, the paradigm shift in the psyche and aspirations of people, the average work span (which is around 20-25 years or less when compared to 30-40 years in erstwhile times), the standard of living (which also has an yearly vacation factored in modern age when compared to the conventional roti, kapda & makaan (food, clothing & shelter) sort of living wherein only the bare minimum needs were considered earlier, the urban exodus when compared to the settling down in native/home towns/villages earlier, the instability and attrition in the employment, rising health etc.

MEANS TO ACHIEVE THE OBJECTIVE

The entire exercise of choosing the best suited pathway or investment vehicle plays a crucial role in arriving at the adequate retirement corpus needed at vesting/retirement age.

The most important aspect of investments is “Financial discipline” as most often than not, we may falter and do not adhere to the objective of investment in the long run, it is easier said than done, as many a time we may discontinue, withdraw or utilize the funds earmarked for a specific goal (retirement) for other reasons due to many reasons be it medical emergencies, or changing aspirations or opportunistic investments etc.

There are numerous investment vehicles but to choose the one best suited and customized is once again a difficult task. When you do this, you have to determine the inflation adjusted corpus required at vesting age and the monthly amount of Investment needed to achieve the same.

One of the most sought after investment vehicles world over are “Mutual funds” for several reasons like professional fund management, diversification, low-cost of investment, backed up regulation (Sebi in India) etc. and even in the Indian context people are gradually choosing the same over other investment vehicles and the best way is to systematically invest towards the achievement of retirement goal.

In the Indian context, when compared to the developed economies like U.S.A, U.K etc., where the way to plan for retirement is generally by way investing primarily into investment assets/vehicles like stocks, Mf’s, Deferred Annuity Plans offered by insurers, tax exempted retirement plans (401k) etc. much in contrast to the conventional way of planning for retirement in India where, the real estate investments and rental income arising thereof is considered as an alternative post retiral income source. But the best suited way to plan for retirement is to diversify and opt for a diversified asset allocation into a combination of both the real and financial assets.

As a majority of the working populace in the Indian context are private sector employees, and w.e.f JAN, 2004 even the government has scrapped off the conventional defined benefit retirement plans which means employees have to contribute towards the retirement which is a defined contribution way of retirement planning. Which means that retirement planning is not an option but should be mandatory as increasing cost of living, rising health care costs, disability, enhanced life span due to advancement of health care facilities etc.

Hence, living itself is a cost, and the government of India makes it mandatory for employees to contribute a proportion (12% of Basic Salary+DA) towards the EPF (Employee Provident Fund). Typically the employer too contributes the same proportion on behalf of the employee which is tax-exempted. Similarly, w.e.f June, 2015 the Indian government has given yet another option for employees to either opt for EPF or NPS for contribution towards the retirement. And PPF (Public Provident Fund) is also yet another option which is may be considered towards retirement planning.

All the above mentioned schemes are conventional ways for retirement planning in India but it has to be noted that , wholly contributing towards these may not be a viable option as the average investment return may be in the range of 8-9% p.a. Though the above schemes may be tax-efficient but too much emphasis on taxation may turn out to be a spoiler, as the tax laws keep on changing and the recent announcement of the government during the Budget 2016 can be an eye opener for many not to over emphasize on the tax exempted schemes.

The minor proportion in the Indian context comprise of the government employees (who have joined service before JAN, 2004), these employees are entitled to pension based on the erstwhile defined benefit schemes. But a commonly held misconception that though the government regularly enhances the pension by Hikes in Dearness allowance, changes during the Pay commission etc. it would be prudent even for the government employees to plan for the retirement and cross check to verify the pension available to them would be sufficient enough to sustain the same standard of living.it is highly recommended to avail professional help on this front.

Let us look at a few other factors that we should consider for retirement:

It is very important to determine whether one would like to settle down in a city or a village/town in the countryside as it would directly reflect in the standard of living costs.

As health care costs are escalating at a staggering 12%-15% pa worldwide which means that the adverse health condition which is more prevalent now than earlier times would lead to an additional financial burden for self and family. So factoring this cost is a crucial component for retirement planning.

Though everybody aspires to retire early, with changing times are also the aspirations of people, not to mention the instability of career, higher attrition rate of employees, short work span, all leading to a situation to set aside a huge chunk of present income and investing the same for providing post-retirement income needs.

Retiring early also means additional financial dependents as the children might not be totally self sufficient and independent financially, which means the parents/bread earners of the family have to support them too till they become independent, and in modern times, even the average age of marriage has gone up drastically which means late marriages are the norm of the days.

The changing times, have also paved the way for changing trends , people after retirement have been taking 2nd jobs or part-time jobs like consultants, free-lancing etc. which has to be factored in retirement planning as retirement in general sense might not be totally retiring for earning means another few years of income should be considered.

Philanthropy and charity may also be considered for retirement planning but the primary objective should be to cross-check and see whether, the basic requirements can be sufficed for, and above and over that, we may consider the philanthropic/charitable aspirations to create a charitable trust or to donate a corpus at retirement age.

All said and done, by considering the aforementioned factors one may make a better informed decision for retirement planning.

All you need to know about debt mutual funds in current crisis
May 6, 2020