What Do You Actually Pay For Your Dream Home 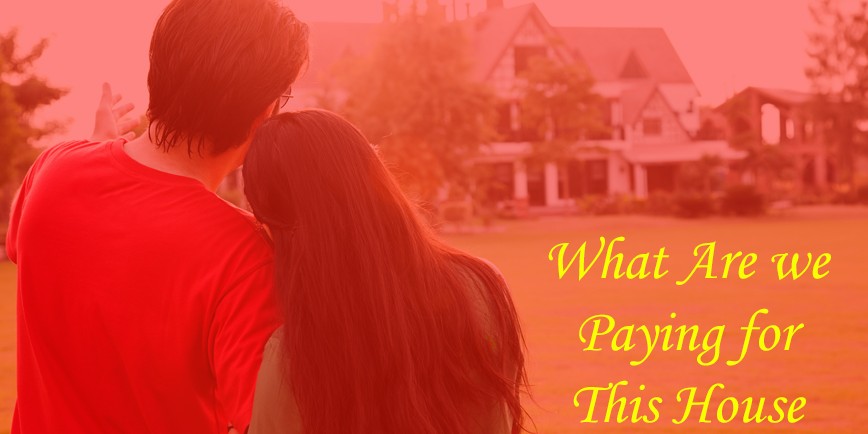 Buying a home is one of the most common financial goals in India. Buying a home would ensure you and your family a financial security. It will also save money that you pay for your rented house. During past decade buying a home has picked up tremendously because of the easy availability of the home loans. Banks have simplified the entire process of home loans to ride this wave which comes with a huge sentimental aspiration.

Banks make profit by easily giving a home loan to the borrower. Typically, 85% of cost of the property is provided as a home loan by the banks. The differential amount of 15% has to be borne by the borrower using his own savings/resources. Majority of the home buyers decide the home to be bought taking into consideration the EMI as their affordability factor. One pertinent question that haunts a home buyer always is “How much do I actually pay for my dream home?”.

We answer this question with a real life example and try to decode home loans under two heads, one is principal and interest. Second one is Tax implications.

At the end of the loan tenure of 20 years, Mr. Varma could have replayed the entire principal amount of INR 53, 55,000 and in addition to that he would have paid a mind-blowing amount of only as the interest of home loan INR 71, 75,453. This means Mr. Varma paid 135% of the total borrowed amount as an interest!

The below table illustrates this:

From the table it is clear that the major component of EMI paid to the bank in the early years of loan repayment is deducted under interest payment. At the end of the 5th year Mr. Varma would pay an amount of INR 25, 94,942 as interest while the amount paid for Principal amount is only INR 5, 37,671. If he continues to repay the loan over a span of 20 years, then the total amount he repays to the bank is INR 1, 25,30,453.

Let us consider a situation where Mr. Varma has surplus amount with him, then he would have two options:

2.The other option is he can continue with the same EMI and invest his total surplus amount into diversified portfolios.

Let us evaluate the consequences in both scenarios:

In this Scenario let us consider that he will invest his surplus amount INR 5, 00,000 into diversified portfolios and continue with the same EMI for loan repayment then he will save an amount of INR 20, 88,642 (assuming the rate of return at 10%) which is lesser than the amount he saved in the first scenario.

From the two options, it’s advisable to choose the first option because you will not only save more amounts but also clear the liability. If the loan taken by you is not insured and you prefer to invest your surplus amount into market rather than clearing the existing debt then it might ruin your personal finance If you have cash in hand, it will be prudent to pre-pay the loan as early as possible because it could save you from paying more interest to the bank. Before pre-paying the loan, you need to check with the bank regarding the reviving charges for the loan pre-payment. After pre-paying the loan you can either continue with the initial EMI that you used to pay before loan pre-payment or you can continue with the reduced EMI. In order to close the loan at faster pace it is ideal to continue with the initial EMI, this is advisable to the people who are considering an early retirement.

Home loan rates depend largely on the prevailing interest rates at which the banks borrow money from the central bank (Repo Rate). When there is a repo rate cut by RBI, then the home loan rate of interest would also go down. This change should be reflected for the existing home loan borrowers, as the EMI amount should reduce. In case the bank not reducing rate of interest, then Re-financing of loan would ensure that the same loan can be transferred to another bank on a lower rate of interest. You can also negotiate with your banker to reduce your rate of interest. But refinancing may consume some charges from the new bank which should also be evaluated before making the re-finance decision.

Taking a home loan is a long term debt commitment. So, it is advisable to go for a home loan which you can manage with your existing finances Although a lot of efforts are made by the banks to make borrowing lucrative, but care should be taken to understand that there are a lot of hidden costs involved like pre-payment charges, processing charges, foreclosure charges etc. so, it would always be wise to choose a home loan which will not disturb your financial health.